Honorably Medically Retired for Gulf War Syndrome from the U.S. Air Force with Medals Including:

From 85 to 93, I worked as a Computer programmer on the (E)F111A on the avionics package, including the Attack RADAR system, Terrain Following Computer, and HQ4 Radios, I was also a member of the Air Force Honor Guard as well as a CPR and instructors instructor, Self-Aid and Buddy Care Instructor, during the Gulf War the E/F-111 flew 98% of all sorties flown during the war. From 93 to 97 I served as a Helicopter Crew Chief on the MH-60 in the 66 RQS Rescue Squadron at Nellis AFB and in Kuwait during Desert Storm, Operation Southern Watch, and Operation Vigilant Warrior, and on the MH-53 in the 31st Special Ops Squadron Black Knights(read Black Ops, Special Knights, remember that Black Ops doesn’t exist) at Oson Korea (because Special Ops is not allowed in the United States).

Gulf War Syndrome (GWS) history: I came down with GWS in November of 1990 just after getting about 12 or more shots the same day (Cocktail Inoculations), some of them were 3 part shots, which I got all 3 the same day, shots like Anthrax’s (the live protein version, that killed more than 1,800 people and caused over 270 thousand to commit Suicide), Botulism Toxin (BT), Plague and Experimental Vaccines and Drugs.

I got sick and had no idea that what I got was GWS until years later.
I have been diagnosed by the Air Force and VA as having a rare sleeping disorder called Sleep misperception and

just to name a few.
During my tour in Kuwait, I was exposed to Depleted Uranium (DU), Lead, and Mercury in the water supply, Oil fires, and many other: chemicals including Sarin gas.

I am currently disabled. All I have is my family and my computer to keep me happy; between my first marriage and my current marriage; we have 4 girls; two are mine and my wife’s two, and now our Grandchildren.

I’m dedicating what time I have left to study GWS and educate Gulf War Syndrome Survivors, and since Gulf War II started up it’s been a never-ending job; since 911 we learned two things; 1 United we Stand; 2 United’s we Fall; Gulf War Survivors never have a nice day; in this effort, I have created this site and other sites like it. I’m working on a better Content Management System (CMS) called Witty Wizard so that the sites will be the best around.

I have 36 years of Computer Programming and Electronic Engineering Experience and many degrees from the U.S. Air Force and Boise State University and other Colleges I have attended over the years to back me; I have been a Computer Programmer for the United States Government for over 20 years; working for the Air Force, EPA, and BLM. I have done work in Electronics, Robotics, Mechanics, Certified Welder, and Aircraft Maintenance and have many hours in the Air flying as well as under the water as a certified SCUBA diver. 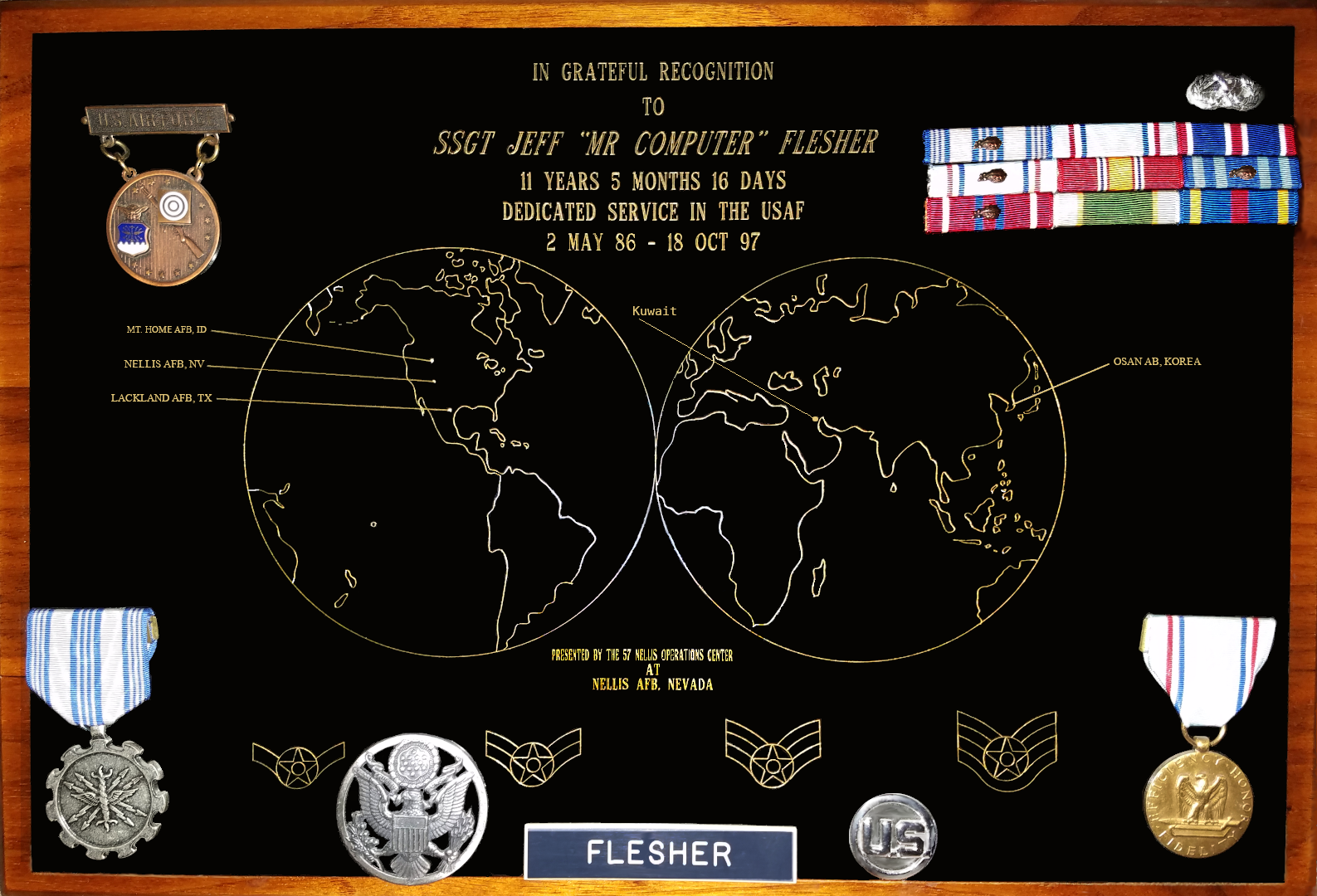